Jessica Simpson Wants To Get Married By Christmas? 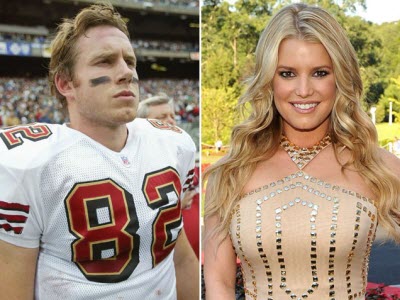 First Jessica Simson announced her engagement to Eric Johnson on the heels of her ex Nick Lachey’s announcement of his engagement to girlfriend of five years Vanessa Minnillo.  I don’t care what anyone says a big huge coincidence and I don’t believe in coincidences I think Jessica was devasted by Nick’s announcement and this engagement to Eric is to make her feel better.  Now in even stranger news Jessica is saying she wants to married by December  What is next a pregnancy?

Earsucker.com is reporting: She wants to beat Nick to the altar. She knows that it is going to be tough to pull everything together on such notice, so it might have to be a New Years wedding. In any case, she wants the focus to be on her wedding. She doesn’t want her wedding to be the aftermath of his.”

It is also being rumored that she will spare no expense to have a bigger do than Nick.  She really seems to be getting desperate.  Hopefully Eric is the one for her and not her attempt to save face in the public.  However, there are rumors abound that Eric is actually after her money.  Bad news since she is apparently doing the deed without a prenup.  Hopefully it all turns out okay for Jessica but she has not had the best of luck with me.