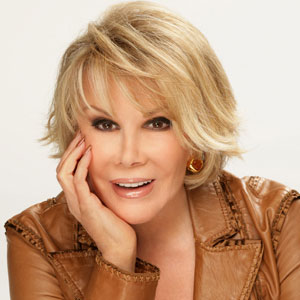 The outspoken American branded the former Spice Girl-turned fashion designer – who lives in Beverly Hills with her soccer star husband David and their three sons – “rude” and wants her to move back to the UK as soon as possible. She told Closer magazine: "Victoria Beckham is so nasty. Why doesn’t she just go home?! Her dresses are beautiful, but I don’t care what she does. She’s mean to all the people around her."She’s too short to be a diva. We all use the same hairdressers, make-up artists, limo-drivers and greeters at the airports in LA and nobody has anything nice to say about her. They say she’s rude. She can’t always just be having a bad day." The 76-year-old comedienne also blasted “vulgar” Victoria for her spending habits, insisting she should be less extravagant in the current difficult economic climate. She said: “Victoria Beckham should get a life. I am not a fan of outrageous consumption. I think it is vulgar.“And no-one should flaunt that they have a hundred Hermes £6,000 bags. Not when people are starving. Everyone should be allowed to have a great time but she shows a distinct lack of class.”This is not the first time Joan has hit out at the 35-year-old star and has previously called her “arrogant”. She said: "I dislike Victoria Beckham. The entitlement – the total entitlement. You want to say, ‘Calm down, you were a Spice Girl.’ The arrogance when she walks into a room is astonishing."