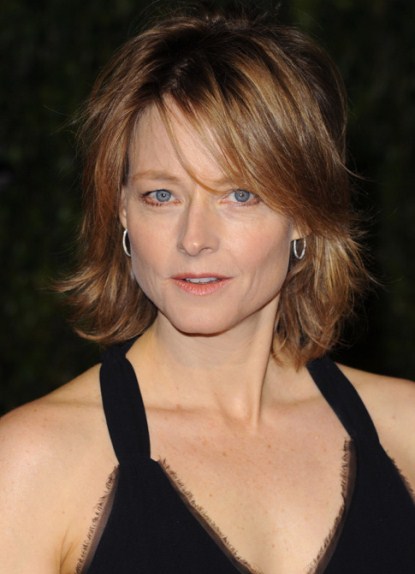 Having read all the details of an alleged attack by Jodie Foster on a teen known as Tony Jr. we have to come down on the side of the injured teen.  The teen was attending a movie with his girlfriend where he saw Jodie and her son and so naturally, for any American boy, he snapped a photo or two of the famous actress.   Well Jodie took great offence at this and assaulted the poor kid, scratching and clawing at him while shouting obscenities at him.  Although the teen complained to police they refused to follow up with the complaint and to date, although the injuries to Tony Jr. are clear, there have been no charges filed against Jodie.

Disgusting how the Los Angeles Police Department handles celebrity cases.  Either they don’t treat celebs according to the same laws that govern the rest of us poor fools or they go insanely overboard like in the OJ case and thereby turn the jury in favor of the defendant.   In this case it is clear that the lad had grounds for the City Attorney to push forward with a case but he did not, refusing to do so – in fact until now Foster has yet to be interviewed, over 3 months after the attack on Tony Jr.

The pictures were submitted to investigating police as evidence.  The photos, showing at least five nail marks on his left bicep, were taken in the immediate aftermath of the clash with the Silence Of The Lambs star, 47, on May 29.

Another fact that works against Jodie is that Tony Jr. is not a professional paparazzo and has never sold a picture before shooting Jodie and her son.  It seems that many celebs are total hypocrites and Jodie is one.  They live off their fame entirely, getting paid millions of dollars for doing in fact very little of intrinsic value to society – but then they bitch and moan and scratch when normal people, their fans, try to get a little piece of them.