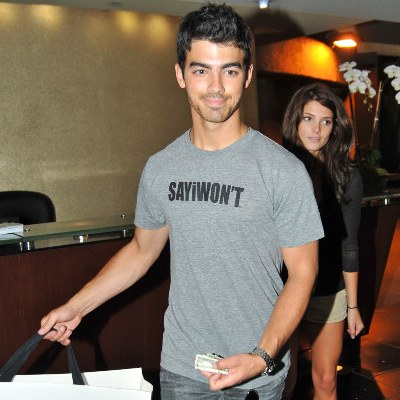 Joe Jonas is down in Baton Rouge, Louisiana for the filming of girlfriend, Ashley Greene’s new movie, The Twilight Saga: Breaking Dawn and there is already drama on the set!

In the movie, there’s some hot and heavy kissing action between Ashley’s character, Alice, and Jackson Rathbone’s character, Jasper. According to reports, this has made Joe see the green-eyed monster and has taken steps to show everyone whose girl she is.

An inside snitch said, “Joe isn’t happy with Jackson kissing Ashley. He knows it’s a film, but these scenes are really hot and heavy. And, Joe is more of a singer than an actor, so this is all new to him. Joe is very possessive of Ashley – letting everyone know that she belongs to him — especially when it comes to Jackson.”

The snitch went on to reveal that things were quite different before Ashley was in a relationship with anyone. The source added, “It was a totally different atmosphere on the set when no one was dating anyone.”

Do you think that will harm their relationship? Jealousy is never a good thing.