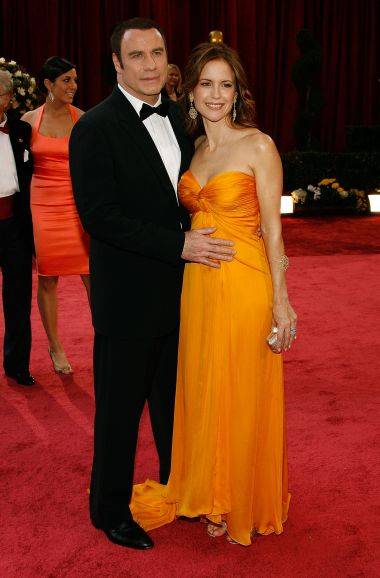 John Travolta’s wife Kelly Preston, 47, who is pregnant with their third child has gone into labour earlier  than expected  she is only due in three weeks.  John who is was taking part in Quantas airlines 90th anniversary had to cut his trip short and rush back to the US.  John had made a promise to Kelly to be at her side during the birth.

Travolta made good on his promise that if his Preston “goes into labor, I’ll have to take the plane straight back on a 22-hour flight”.   “If I get a call, I may have to say adios,” he told reporters earlier this week.