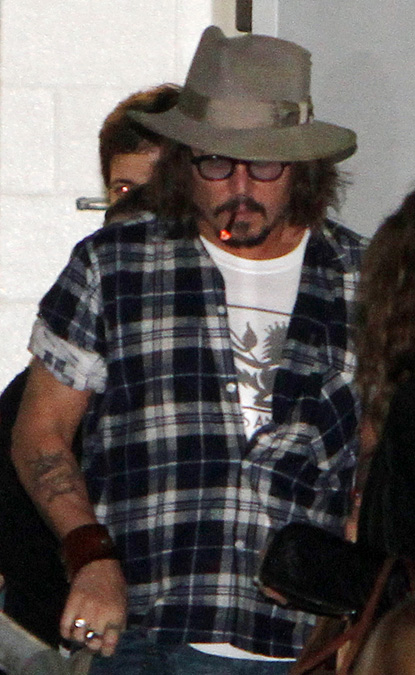 It seems Johnny Depp, 47, is a Justin Bieber fan.  Who knew?  Captain Jack Sparrow A belieber?  Johnny Depp was reportedly at Justin’s sold out concert at the American Airlines Arena near Miami last night. Johnny and Justin’s good friend Selena Gomez were spotted in the crowd.

Johnny tried to sneak out a back stage door after the show with no success.  The world now knows he has caught Bieber fever!

Radaronline further reports:  Selena Gomez was escorted back to Justin’s bus post-show, and she gave him a warm, congratulatory hug as soon as he hopped on.  Selena insists the two are just friends, but now that he has Johnny Depp in his corner, who knows what may develop next!