Julianne Hough Music Video ‘Is That So Wrong’ Banned 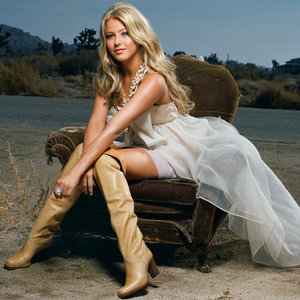 Country singer Julianne Hough latest video for her single Is That So Wrong. It has been dubbed too steamy to show on Country Music Television (CMT).  The video features the former ‘Dancing With the Stars’  Julianne walking through her apartment wearing very little and strutting her dance moves.   WE HAVE THE VIDEO AFTER THE JUMP….

Julianne told fans at a Christmas concert last week that CMT banned her video due to its steamy content.

“This next song – funny story,” she said by way of introducing her new single, “Is That So Wrong,” in the middle of her 30-minute set at Cancun Cantina in Hanover. “I shot a music video for it . . . and [Country Music Television] kind of banned it.”

Giggling, Hough shook her head and showed off her megawatt smile to the crowd of about 100 packed on the dance floor. “Apparently I was taking off too many clothes as I was dancing across my bedroom.” She paused to let this sink in. “But I don’t know – I kind of liked it.”

Okay so the video is steaming hot.  But come on compared to some of the videos out there it is downright tame.  Take a look at the VIDEO and tell us what you think.