Beiber Bonds With Boys Who Are Bullied 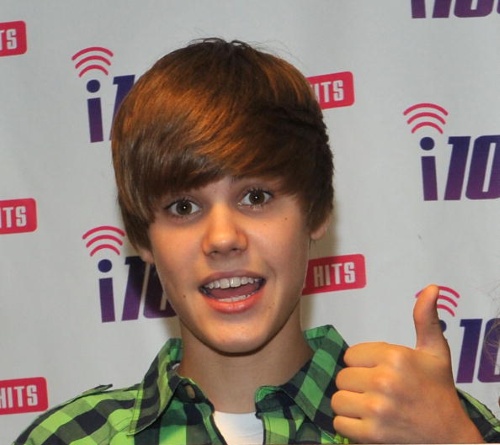 Our alliterative title basically tells the story.  Since Justin Beiber was involved in a minor skirmish this weekend when some youth called him a “faggot” and then raised a hand to him, he has decided to come out strongly on the side of gay men and against bullying.

Beiber was confronted by a 12 year-old at a laser arcade who Beiber eventually pushed away after being provoked.  Certainly seems like a tempest in a teapot, nothing to get excited about, but as usual Beiber and his team will attempt to make the most of it.  This baby assault has apparently convinced Beiber that bullying and homophobia should be banished and he intends to speak out against both this week.

Bieber is telling friends he had no idea how hurtful these comments could be — but even though he’s a straight teenager, he now wants to take a stand against bullying and homophobia.   We’re told Bieber will be going public — probably within the next week — to lend his support to the anti-bullying campaign.

What’s odd is that the assault occurred at a laser arcade where people play games pretending to kill each other in simulated war.  Now how exactly does Beiber think that bullying will cease to exist when even such civilized and gentle blokes as himself are drawn to killing games?