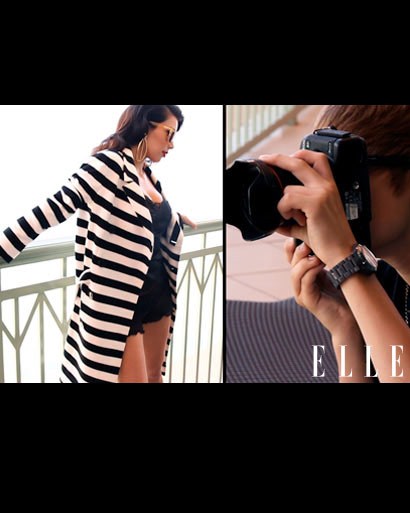 16 year old Justin Bieber & 29 year old Kim Kardashian met at the White House Correspondents’ dinner.  Young girls everywhere were up in arms that Kim may have stolen their Justin.  At one point Kim was even getting death threats from 10 year old girls because she had stollen their man.  Kim faced with the mobs and the death threats let Justin know.

To calm down his fans Justin tweeted the following: “ladies calm down @kimkardashian is a friend. a very sexy friend but a friend. no need 4 threats. Let’s all be friends and hang out often ;).”

These are photos and a “behind” the scenes photo shoot with Kim and Justin for Elle Magazine September issue.  They did a shoot with them on the beach in the Bahamas.  To see more photos of the photoshoot visit Elle Magazine. 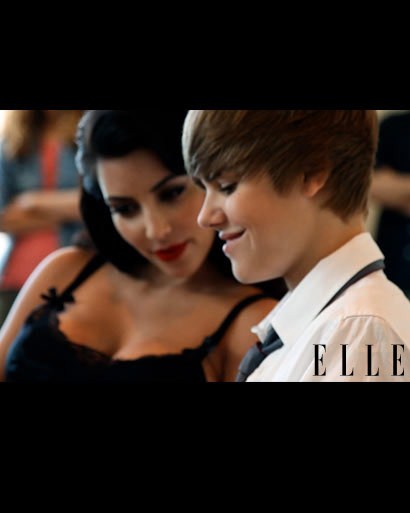