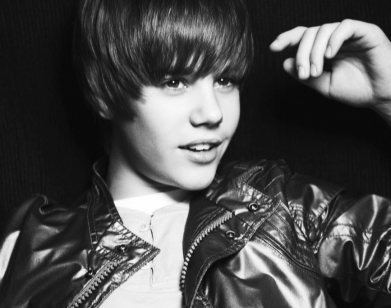 The 16-year-old singer has had a crush on the ‘Crazy In Love’ hitmaker for years and admits he was devastated when he learned she had married long-term boyfriend Jay-Z in April 2008.
He said: “I’ve been totally in love with her since I was seven. She kinda broke my heart when she married Jay-Z.”

Despite his sadness at her marriage, the ‘Baby’ hitmaker got the chance to meet his idol at this year’s Grammy Awards.  Recalling the encounter, he said: "It was amazing. I was a little nervous but I told her she was very good-looking. Actually she’s super hot."   Although he has a crush on Beyonce, the ‘One Less Lonely Girl’ singer admits he hasn’t experienced “real” love yet.

He told Interview magazine: “I haven’t been in love yet. I’ve definitely loved girls. But it’s kinda like puppy love. It’s not the real thing, but that’s what you think at the time.”   However, the teenage heartthrob is hoping to acquire more female admirers through his music.   Explaining the tracks on his forthcoming album ‘My World 2.0’, he added: “They will be mostly about girls, again. I want them to hear my music and wanna play it again because it made their hearts feel good.”