Justin Bieber Has A Crush On Cheryl Cole & Katy Perry 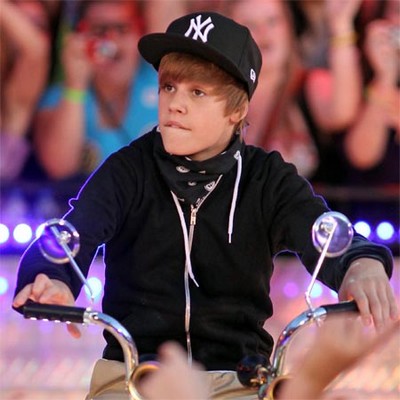 Justin Bieber can’t stop crushing on ladies (term used loosely here) that are way too old for him. Take Kim Kardashian for instance…No really, please take her, I can’t stand that trick. He met Kim at the White House Correspondents Dinner and then caused all of the planet’s Beliebers to get their panties in a bunch when he tweeted that she was his new girlfriend.

Now, Justin reveals that he’s got a crush on Cheryl Cole and Katy Perry.

He said, “Cheryl and Katy are two of the hottest girls in the world – and so normal and funny with it. If I was a few years older they are the kind of girls I’d like to date. I want a younger version of Cheryl and Katy – a mixture of the two would be hot.”

He has also revealed that he has no chance of dating either of them, perhaps because he’s got “jailbait” stamped on his forehead? He said, “Maybe they could coach me and tell me how to work out which ones are the good ones. That would be pretty awesome. I would like to invite the two of them out for dinner so they can tell me the best way to win a woman like them.”

Luckily for you, we’ve got their combined answer right here: “Offer ginormous boob jobs and flash tons of cash!” Yep, that oughtta do it.