Justin Bieber Has A Crush On Michelle Obama 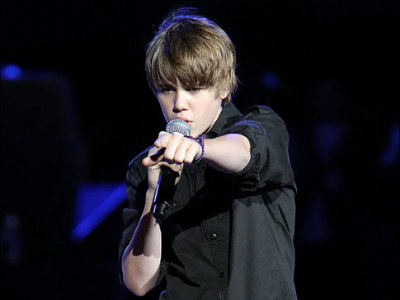 Teen singer Justin Bieber has revealed many crushes since coming to grips with all of his fame and successful singing career. It spans from Cheryl Cole to Kim Kardashian. But now he has revealed a new source of his affections: The First Lady!

A friend of the Biebz’ said, “It sounds strange but Justin is a genuine fan. He met Michelle Obama when he sang for the Obamas at a concert in Washington, DC last Christmas and was impressed. He likes that she is so glamorous looking without looking unnatural or plastic like so many people he meets. She is someone he greatly admires. He likes what she represents. She’s a strong, independent woman and a dedicated mother. She’s also principled and does a lot of work for charity.”

Okay, the friend lost me at “unnatural or plastic like” because that just sums up Kim Kardashian to a “T”.

Who do you think Justin will end up dating? I think his handlers are going to try and keep his private life under wraps for as long as they possibly can. It keeps the mystery going so that the Beliebers don’t lose interest.