Justin Bieber Needs A “Sugar Fix” Before Stepping On Stage 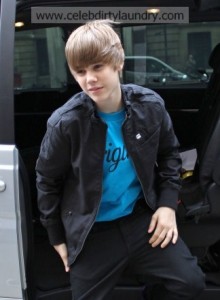 Ahhhh fooled you he does not need “kisses”  Justin Bieber eats candy before going on stage. LOL … Justin who is currently on his North American ‘My World Tour’ and it has been revealed he likes to get a sugar fix before stepping out on stage.   UsMagazine.com reports the 16-year-old singer’s “pre-show snack favourites include Sour Patch Kids and Gummy Worms”.

Amazingly Justin, his road crew, musicians, dancers and anyone else connected to the tour get through 10,000 French fries each day and 75 Starbucks drinks.   And a mammoth amount of equipment and instruments are used to stage each show, including 30 miles of electrical cable, 20 rolls of electrical tape – the equivalent of 3,330ft – 20 guitars, 14 drum sticks and 10 disco balls for the set.

It takes 11 buses to transport all the personnel and over 500 cases are used to store the tour gear.   Justin performs in Kansas City tomorrow night (28.07.10), before moving onto Memphis at the weekend.   After completing a host of dates in the US he then makes his way to Canada before heading back to America at the end of August.