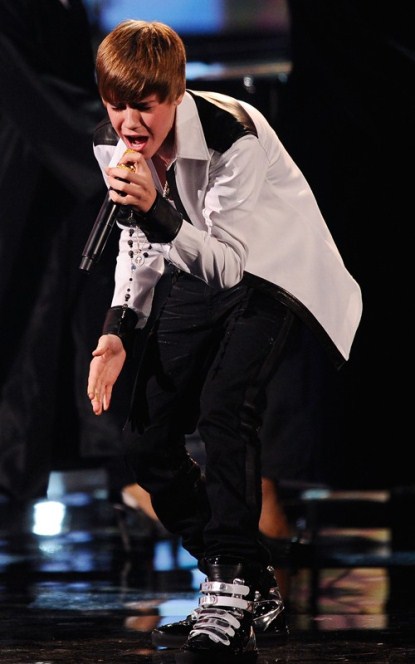 Canadian Justin Bieber, 16,  rocked the crowd at the  2010 American Music Awards in Los Angeles, California on Sunday evening. [11.21.10]  Justin treated his fans to an enthusiastic version of his song “Pray”.

Meanwhile Justin recently said that “Pray” was one of his favorite songs that he has ever recorded it gives him inspiration.  The Biebs, who received four nominations overall, won statuettes for favourite pop album, breakthrough artist and favourite male pop artist.