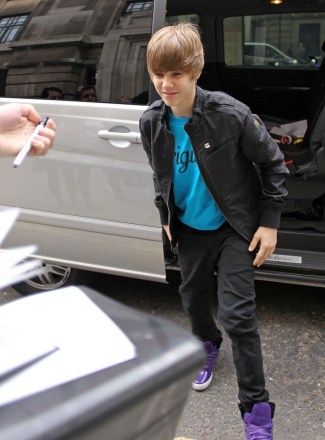 According to his mother Pattie Mallette, 16-year-old pop star Justin Bieber has pledged to continue treating women with respect and has hinted he plans to remain a virgin until he meets the perfect girl for him.

She said: “He’s expressed his desire to stay pure, and honour women, and treat women with respect. So hopefully that stays valid.”    Speaking in his ‘My World’ TV special on E!, the ‘Baby’ singer admits he finds it difficult to meet girls who aren’t interested in his newfound fame and fortune.   Because of this, Justin is happy playing the field and “having fun” for the time being.

He explained: “It’s definitely hard to find a girl that really likes me for me. You gotta be careful.   “Right now, I’m like so busy anyway, so I just have fun, hang out with girls and stuff. Try not to take it too seriously.”  Justin’s ex-girlfriend Cailtin Beadles recently sparked speculation they have reunited after she spent time with him back in June during his photoshoot with Kim Kardashian in the Bahamas.   On returning from the trip, she tweeted: “What happens in the Bahamas stays in the Bahamas!”