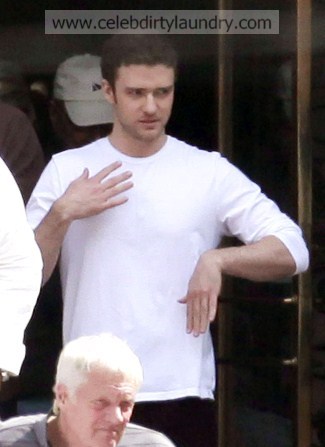 The film’s director Eric Brevig admits he was initially cautious about the singer’s ability, but thinks he has now “nailed” the role. He said: “He’s very talented; he should think of a career in the entertainment industry. We heard that he wanted to do the voice, and I thought, ‘Oh, great,’ because everybody thinks they can do Yogi and Boo-Boo.   “But when we met with him for the first time, he did the tiniest little amount and it was like, ‘This guy has got it nailed!’ ”

The director also confirms he got Dan Aykroyd, who does the voice of the titular character in the movie, and Justin to bounce off one another in the studio   He said: “I got Dan and Justin to record their voices at the same time, so they could actually talk back and forth, and it was really great.”   ‘Yogi Bear’, which also stars Anna Faris and Nathan Corddry, will be released in the US in December 2010.  Photo: Fame Pictures