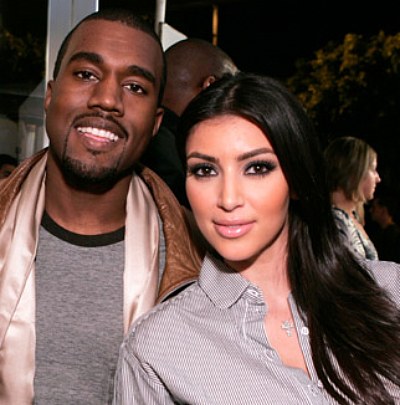 There have been recent rumors since Kanye West and Kim Kardashian hung out, suggesting that the twosome were actually hooking up.

Kim was fresh out of a relationship with Miles Austin, while Kanye was busy hitting up chicks on Myspace by sending them shots of his junk. On October 21st, Kanye joined Kim at her 30th birthday party aboard a private yacht. Suspicious?

Kanye was confronted about the dating rumors, but kept mum on the subject. Earlier this morning, Kanye was on a Detroit radio show when he was asked if he and Kim were an item. He said, “There’s pictures of us hanging out? Man, I need to get on the Internet more!”

He’s not exactly denying it, is he? I wouldn’t put it past her, either. If there’s any way she can use this to promote something, we’re sure she’s going to do just that.