Kat Von D & Jesse James Are Back Together 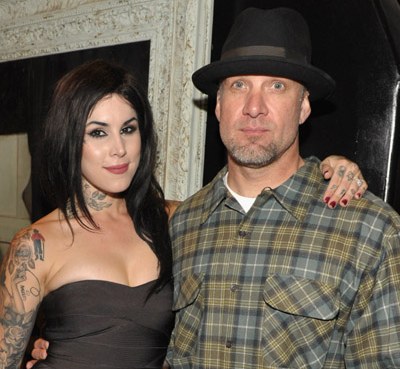 Kat Von D was said to have broken up with Jesse James, opting to date her former boyfriend, Nikki Sixx.

Now, putting the rumors to rest, Kat and Jesse were spotted cozying up together at a nice intimate lunch on Saturday. The happy twosome were at El Compadre Mexican restaurant in West Hollywood, where they were seen kissing and talking during their meal.

It’s the first time they’ve been spotted together since rumors started flying that they had split up. She was said to have hooked back up with Nikki after Jesse moved to Austin, Texas.

Silencing the rumors, the couple shared a cheese enchilada, before leaving a nice tip and leaving the restaurant.

Does anyone else think that this was staged? Or is it just me?