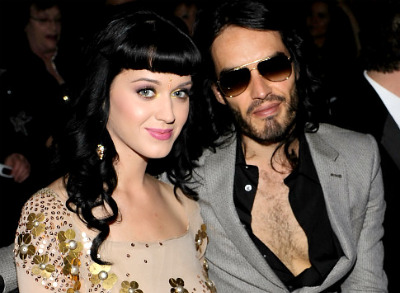 Just a few weeks before they’re getting ready to walk down the aisle and Katy Perry and Russell Brand are already in couple’s counseling.

While Russell has been busy filming Arthur in New York, Katy has been promoting her new album all over the world. As craptastic as I’m sure it’s going to be, the powers that be want her to get the word out anyways. Go figure. All of this has apparently caused a bit of a rift between the happy couple. Perhaps that’s why she wants to send him to space? (To get rid of him?)

The Daily Mail has more:

We’re told: “It’s been really bad timing for the couple. With only a few weeks to go until the big day, they’ve been spending more time apart than ever before. Russell’s doing 14-hour days on set, and Katy’s been in Europe and Australia working all sorts of hours.

“Combine this with all the time differences and, as you can imagine, it’s been tough. Counselling was Katy’s idea. They both clear an hour in their schedules every day to have a conference call with a therapist, talking things over and making their bond as tight as possible.”

They have got to be the most annoying couple ever. And what is up with her hair? (See thumbnails below.)