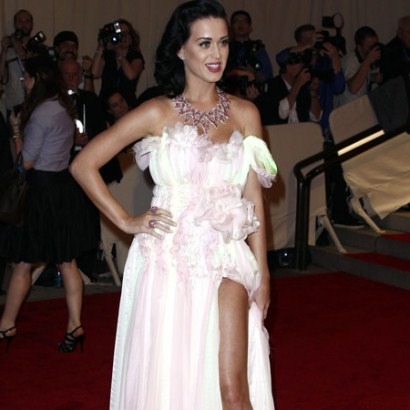 Katy Perry has been offered $340,000-a-week to judge the US version of ‘The X Factor’.   Perry reportedly wowed show boss Simon Cowell so much with her stint as a guest judge at the auditions on the UK programme, he now wants her to be the first name added to the panel on the Stateside talent contest when it launches next year.

“Simon wants to get the judging names signed, sealed and announced within six weeks. He wants at least one massive American star, someone who is known globally, plus one Brit and at least one authoritative male.   “Katy was thrilled, especially by the package which is said to be a $340,000-a-show deal.”

The 50-year-old music mogul was said to have been considering a number of big-name American stars before deciding on Katy after seeing how well she coped judging UK hopefuls in Dublin, Ireland.

The source added to the Daily Mirror newspaper:

“Jennifer Lopez was a serious consideration as was her husband Marc Anthony. Mariah Carey’s other half, Nick Cannon, is also in the frame. But Katy really came on Simon’s radar after the Dublin auditions. She absolutely nailed it. She was a natural.”

Pussycat Dolls singer Nicole Scherzinger is also believed to be in the frame for a role on US ‘X Factor’ after impressing with her stint as a guest judge on the UK programme, while the show’s current host Dermot O’Leary is tipped to also take on presenting duties when then new series launches.