Katy Perry Will Shut Up When She’s Married 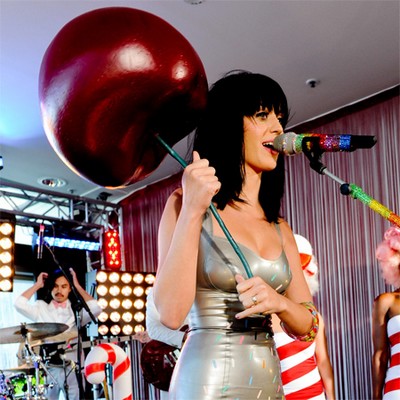 Just when I thought Katy Perry had no “off” switch, she reminds us that she will shut up about her relationship to British comedian Russell Brand when they’ve finally tied the knot.

The singer says that she and Rusty have made a pact to zip their lips once the wedding has already taken place. In a new interview, she said, “People have all these ideas about my relationship and my wedding and there is so much speculation. I’m not a traditional type of person in general but after we get married we’ve decided we’re not going to talk about the relationship.”

Until then, we’ll be treated to comments about strip clubs, Rihanna, booze and all kinds of debauchery. She said, “The whole process is exciting but once you’re married it’s supposed to be for life so when you hear us stop talking about it we’ll be married.”

She hasn’t peeped a word to anyone about the details of her big day, she wants it all to be a huge surprise. She said, “Let people think what they want to think. Only I know exactly what is going on and I want to keep it that way. I know it’s going to be my one last hurrah and I’m going to end up s**tfaced in an alley wearing a penis hat. It’ll be horrible so brace yourselves people!”

Oh yay, I can hardly wait. Pics or it didn’t happen, people.