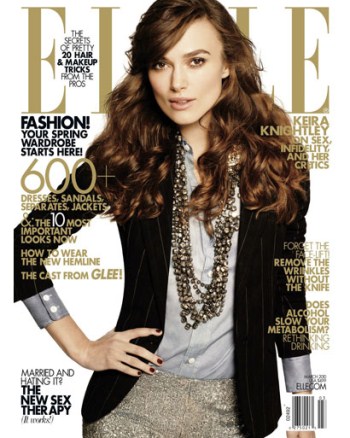 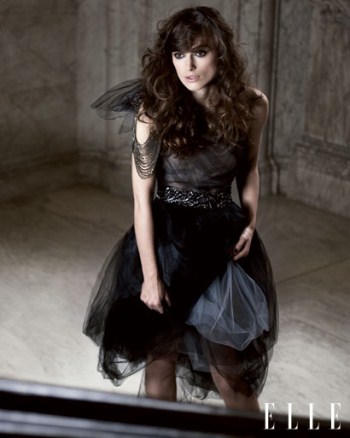 The beautiful Keira Knightley graces the March 2010 cover of Elle magazine.    ELLE’s March cover girl on criticism, her upcoming projects, and the importance of honesty.  The issue is in stores February 16, 2010.  Below is a glimpse of the interview in Elle:

On her character in The Misanthrope:   “Jennifer’s kind of a crazy mix of being a complete bitch—confident and terrifying—yet she’s incredibly young and is probably being exploited way more than she actually realizes.”

On criticism of her acting skills: “Oh, they still say that! Every time I do an interview with the English press, one of their questions is, ‘How do you feel knowing that everyone thinks you’re a shit actress?’ ”

On surrounding herself by people who tell her the unvarnished truth: “You have to be selective about the people whose advice and opinions you take. I know [my parents] would never tell me I was shit because they were trying to hurt me. It would always come from a very sincere place.”