Kellan Lutz & Ashley Greene May Be Replaced In ‘The Twilight Saga: Breaking Dawn’. 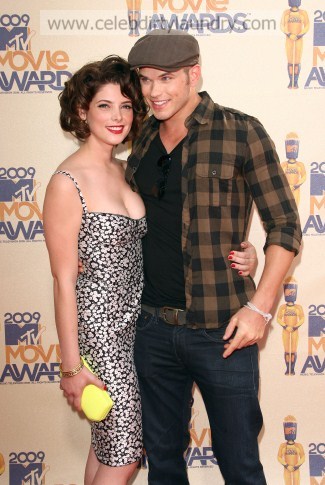 Kellan Lutz & Ashley Greene play Emmett and Alice Cullen respectively in the movie, but pay negotiations are reported to have stalled and casting directors are looking for new faces to replace them.   A source said: "We may have a situation where one of them is thrown out on the street to make a point."

Although all of the film’s cast – including Robert Pattinson, Kristen Stewart and Taylor Lautner – are all close to signing contracts for the final instalment, problems have been thrown up as it is being split into two separate movies, OK! reports.   Another source added: "This thing is gonna be two movies. With or without the cast intact."   Kellan recently revealed the third movie in the franchise, ‘Eclipse’, would be a film men would want to see because of the stunts and fighting involved.   He said:

"The guys are going to bring their girlfriends to this one, mark my words.   "There’s a lot of fighting, a lot of cool stunts. It’s a little darker. The stuff I’ve seen so far is amazing. Amazing. The music is great. Everything is just really captivating. I’m excited to see it, and I’m excited for the fans to see it."   ‘