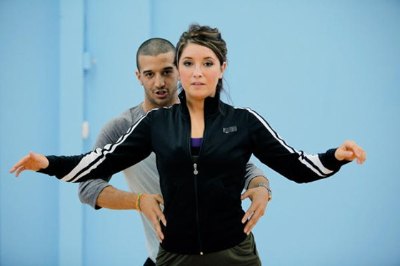 I’m not sure what kind of drugs Kelly Osbourne is on or what’s been mixed in her drink, but apparently she feels that “teen activist” Bristol Palin may just go all the way on Dancing With The Stars. We must not be watching the same performances.

I get it, she wants to root for the underdog, but this is just ludicrous. I am really surprised that Audrina Patridge and Kurt Warner were both voted off of the show before Bristol. It’s a conspiracy, I tell you.

In her interview with Ellen DeGeneres, Kelly said, “I really feel like Bristol Palin is going to give everyone a run for his or her money. I have to say this you have to separate the person from the family. She’s out there and she’s trying.”

Okay, we could totally separate her from her family, if they didn’t have her mother having the residents of Wasilla voting for her to stay on the show every week.

Kelly also went on to reveal that Jennifer Grey might also make it to the final round. She said, “You never know with that show. It’s crazy you don’t always see what the people see at home and why they vote.”

I only believe that Kelly sympathizes with Bristol because she sees herself in her. She’s not a good dancer and she doesn’t belong in the semi-finals. What do you think?