Kelly Osbourne Says “No Way, I Did Not Have Plastic Surgery” 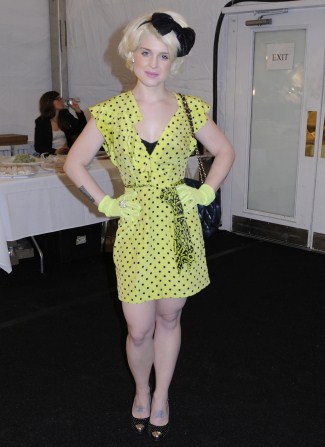 5’2" Kelly Osbourne has lost 42 pounds in the past year.  Kelly is now a swelve size 6.  Rumors are swirling that Kelly resorted to the surgeon’s knife to achieve the looks.  However, although Kelly’s mom Sharon has visited the Plastic Surgeon many times, Kelly says hard work is what has given her the new look.     Writing in her weekly Closer magazine column, Kelly revealed: ‘I’m so angry there are rumours going around that I’ve had fillers in my lips, or liposuction on my legs.

‘Someone even said I’ve had a gastric bypass! I have 100 per cent not had any of that. I’ve lost weight from my face, and that’s why it looks different.’   Frustrated Kelly continued: ‘The rumours are ridiculous. They send out the wrong message because I’ve shaped up working hard for months – it wasn’t a quick fix!’   Photo: Fame Pictures