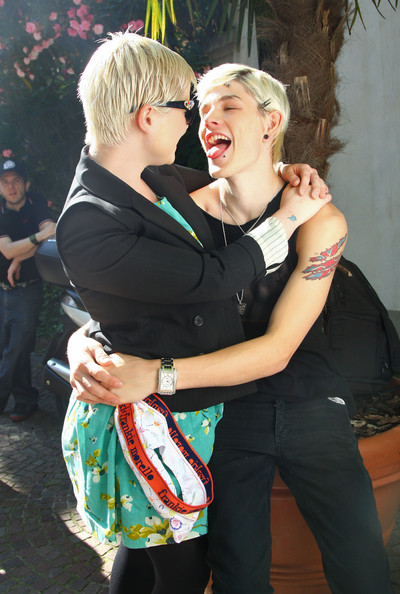 Kelly Osbourne tweeted a a warning yesterday for any girls thinking about dating her ex-boyfriend, Luke Worrall.  She tweeted, “@Luke_worrall is the biggest piece of shit he has been trying to get back w/ me I only came home for Xmas to see him mean while he has been. Fucking 100?s of girls as we as men behind my back all he did was use me all girls beware of @Luke_worral he is a using Cunt!”

Luke has responded to those allegations saying they are lies.  He tweeted: “lies on twitter awesome and im not going to spill personal business over twitter im not that low!”

Kelly broke up with Luke because she said he was a cheating dirty dog.  He broke her heart.  Good on ya Kelly – you deserve better!  Which are you team Kelly or Team Luke?