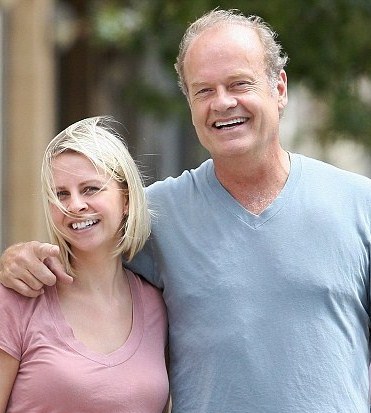 Frasier star Kelsey Grammer has asked the judge to give him a quickie divorce from Camille Grammer.   After thirteen years of marriage it was announced on July 1, 2010 that his wife had filed for divorce, citing irreconcilable differences.    Kelsey is in a rush to get to the alter with his fiancé Kayte Walsh.   I guess Kelsey doesn’t believe in three times your out since he has been married three times before.  He thinks the forth time’s the charm!

TMZ further reports: Under California law, a divorce can become final 6 months after a petition is filed.  Camille filed on July 1, 2010 … so if the judge grants Kelsey’s request for bifurcation, he can marry Kayte Walsh Saturday, January 1.  Kelsey and Kayte have been engaged for several months.

Good luck to Kelsey I think he is going to need it.  He seems to be a serial marry from one relationship to another.  Wonder if this quickie divorce request means Kayte his fiancé is pregnant again?  What do you think about this?