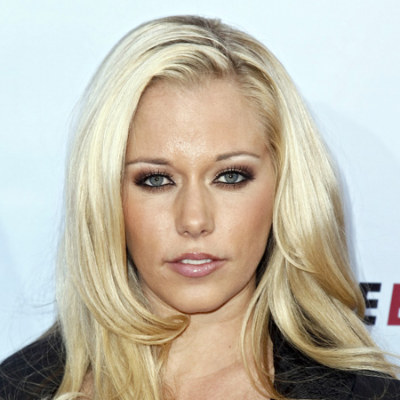 When Kendra Wilkinson had her little adorable baby Hank, we thought it would be the end of the line for her. She had that “I’m still struggling” look on her face and it didn’t seem to be agreeing with her.

Now, Kendra wants to get pregnant again, so you know what that means… Throughout her second pregnancy, we’ll hear stories about how this one is different from the first. The tabloids will be chasing down her baby bump’s first appearance. The rags will be clamoring for those first precious photos and then she’ll get a spread on People or Life & Style, talking about how she lost 25 pounds in three days.

She said, “Yeah, about baby number two, we’re talking about it. Hank the other day just freaking called me and was like, ‘I want another baby. I want you pregnant!’ I definitely want to try by next summer for sure. I want them close in age.”

Instead of being available to make her baby dreams come true, her hubby Hank is kicking a ball around in preparation for the start of the NFL in September. She added, “Everything is up in the air. That’s what’s crazy about our lives. Hank right now is doing the most amazing job in training camp, but right now we’re like, ‘Is he going to make the team?’ But you know we’re very positive thinkers.”