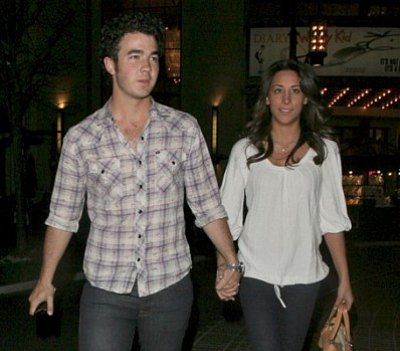 Kevin Jonas and his wife Danielle Deleasa are set to become parents!

According to an eyewitness, the twosome were spotted at a local Rite Aid pharmacy in West Hollywood on September 16th. They were said to be purchasing a home pregnancy test!

A pal of Kevin’s said that babies are on the brain for the couple, as well. He said, “They’re mature for their age, and they want to start a family. They’d consider it a major blessing if Danielle was pregnant.”

They really haven’t been for that long, but I can see that they would totally make good parents. What do you think?