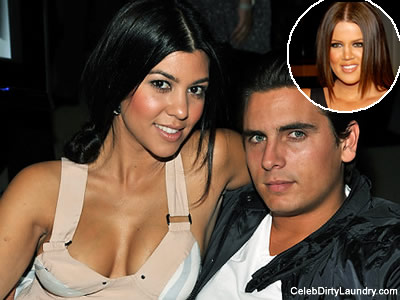 It’s been so secret that Khloe Kardashian doesn’t care for sister Kourtney’s boyfriend, Scott Disick. But we all thought that was made for TV drama. As it turns out, it’s not.

Khloe was fielding questions on Twitter, when a fan said, “Not 2 b mean but I think you have changed (for the worse) since you’ve been with Lamar. Single Khloe would b there 4 Kourt.”

The fan was talking about how much Khloe has put distance between herself and her sister, ever since Scott came into the picture.

To this, she responded, “I’m there 4 Kourt by not letting scott continue 2 hurt her. Tough love it is. Im not going to [forgive someone] 6 times. Ur not me.”

Scott is said to be an abusive alcoholic and I never thought I’d say this, but Khloe is right. She’s gotta help un-douchify her sister’s relationships. If tough love is what Kourtney needs, then she’s going to get it. Like it or not.