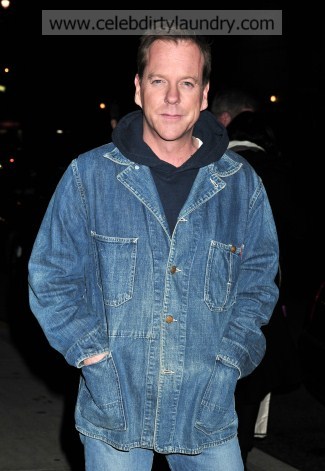 43-year-old actor Kiefer Sutherland – who was dragged out of famous nightclub Stringfellows by security guards in April – admits he often embarrasses himself while drunk but doesn’t think he will ever change his behaviour.

He told the Metro newspaper: “I have done and will continue to do things that I think are funny in the moment that maybe, you know, the next day are embarrassing or horrific.   “I think I did one the other night: a friend of mine passed away and I went out with a bunch of friends to a strip joint here in London, and we all got up stage and started dancing, you know, silly stuff. And at that moment it was funny. The next day – horrific.”

An onlooker at the time described a different series of events, where the ‘24’ star is supposed to have “kicked off” after a period of drinking with friends.
A source said: “He went bananas, shouting nonsense and dancing before kicking off when asked to leave."