Kiefer Sutherland Got Scammed For A Lot Of Moolah $ 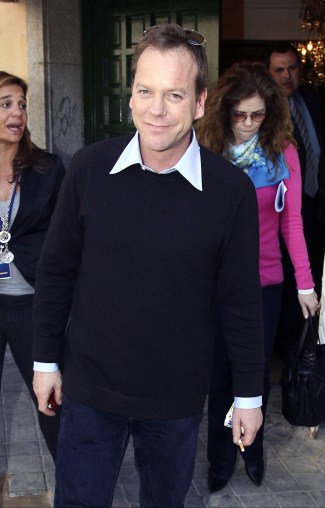 Keifer Sutherland who plays Jack Bauer on the television series 24 got scammed big time.  Keifer was allegedly taken for a whopping $ 869,000.   Prosecutors say Michael Wayne Carr of Linden had agreements to buy steers in Mexico for his customers and sell them for profit in the United States.

Carr is charged with 12 felonies, including grand theft, forgery and embezzlement. He was scheduled to be arraigned Monday, but a judge postponed it to Feb. 8 after his attorney was removed.  Photo: Fame Pictures