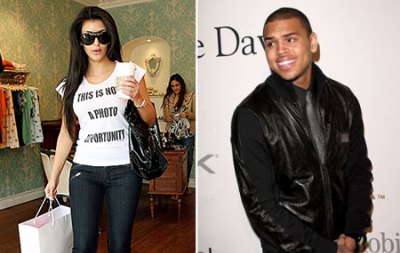 It was reported that her brother Rob forked over the digits to Chris at a recent meeting. Kim took to her Twitter page to discuss the rumors, started by MediaTakeOut.

She tweeted, “As much as I’d love to dispute every rumor,some are so ridiculous I just can’t give them attention! I’d be on here all day tweeting! LOL….BUT I have to say, I literally laughed out loud at these dating rumors today! Come on now MTO. I literally can’t keep up anymore,not true!”

Did you really think that they were actually dating?!??