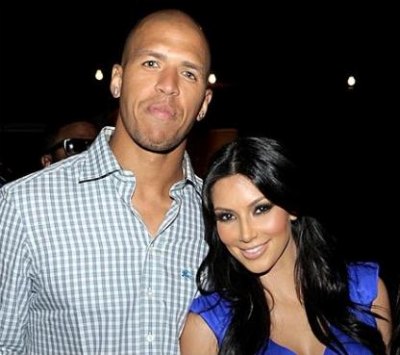 Kim Kardashian is partying solo in Paris, because she and former beau Miles Austin have called it quits!

A snitch close to the former twosome said, “There’s no huge reason except their distance apart. With his season and Kim’s filming, it just slowly split them apart. They tried to keep it as low profile as possible when they were together. They were acting as if they were single or just having fun, but they never were – it was the real deal. They were always strong, but before Kim left for Europe they decided it’s not fair that they don’t get to spend more time together and ended it.”

No one can tame Kim’s ginormous booty! Are you surprised that they broke up?