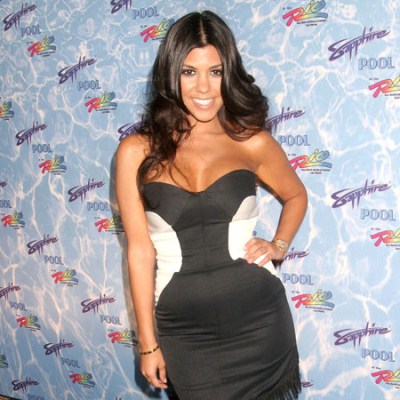 Kourtney Kardashian is being urged to dump her boyfriend.   The 31-year-old socialite says her fans are desperate for her to end her relationship with Scott Disick – with whom she has an eight-month-old son Mason.   But Kourtney refuses to follow their advice.     She said:

Concerns have grown for Kourtney after Scott was seen on her TV show ‘Kourtney & Khloe Take Miami’ – in which she appears with her sister – punching through a mirror and injuring his hand so badly he needed surgery.   Although Kourtney accepts the incident was shocking to viewers she insists it happened over a month ago and Scott is actively improving his behaviour.

He went to a rehab centre to be treated for “alcohol use and psychological issues” after seeing the footage of his behaviour.   She added to Access Hollywood: “You know, we’re in a really good place right now, luckily.”   Kourtney says fans can see her and Scott sort out their problems in the last few episodes of the series, but admits it can be difficult to watch their arguments on TV.

She said: “You get the same feelings over again. Sometimes, when you watch the show, it brings up memories, whereas in a normal person’s life you do something and you move on and you don’t have to watch it and have everyone watch it and comment on it.”