Lady Gaga Has Kicked Her Security Team To The Curb 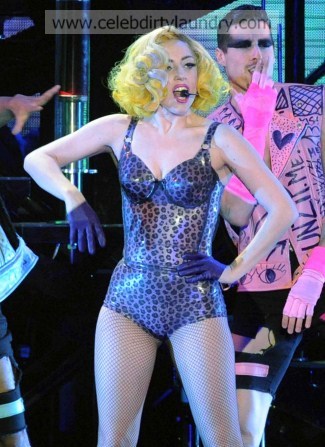 Lady Gaga  was left furious after a fan managed to bypass her guards and get on stage during a concert in Japan and so decided to axe their services.   A source said: "She went mad. She couldn’t believe they could let these things happen so she fired them on the spot.   "She goes out of her way to make her shows perfect and she expects the same from her people."

The flamboyant pop star also fired her wardrobe assistant for forgetting to lock her dressing room door.   The source added to The Sun newspaper: "Some thought she would calm down but she put them straight on a plane home."   Gaga – real name Stefani Germanotta – has been working tirelessly on her ‘Monster Ball’ world tour and raised concerns about her health when she collapsed on stage in New Zealand in March and had to cancel a number of US shows earlier in the year due to exhaustion.

Speaking about her health, she said: "You know when people say, ‘Lady Gaga’s really tired, she needs to take a break,’ I just think about all those times I sang in bars when nobody was singing my lyrics. I’ll sleep when I’m dead, OK."