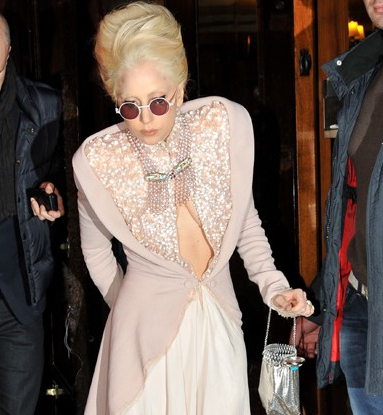 Lady Gaga freaked out after a fan using forged backstage passes managed to sneak past the ‘top level’ security for her show at London’s 02 Arena last week.

The fan made it all the way to Gaga’s dressing room before being stopped by the star’s management team.  Of course the offender was turned over to police but was released after questioning.  All she wanted to do was meet the superstar – I guess she should have tried facebook instead.

Sources say “Gaga was understandably shaken by the incident but was a consummate professional and continued as per normal, putting on a dazzling show.”

Let me tell you – if some harmless fan sneaking backstage is too much for Ms. Poker Face then maybe its time for her to stop touring or hire better security.  I hear that the Russians will rent you a platoon of commandos for the right price.