Lady Gaga Wants To Be A Role Model 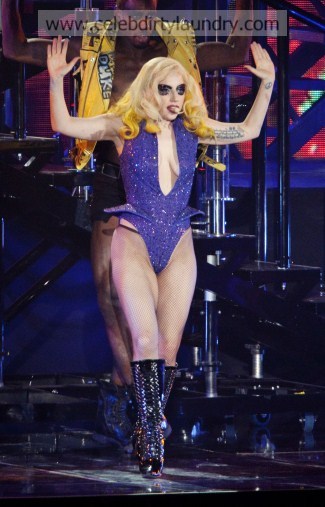 The ‘Telephone’singer claims she feels a responsibility to her fans and therefore tries not to be a "self-obsessed" artist like some of her contemporaries.  She said: "When you’re in the public eye, you’re a role model whether you want to be or not, and I want to be.   "I’m not one of those self-obsessed artists who don’t care about their fans. It’s not just about the music. I look out into the O2 and there are 18,000 screaming young people and I have a responsibility to them – and you’re an idiot if you don’t know that."

The star recently revealed she wrote the first single for her new album while on the UK leg of her Monster Ball Tour in Liverpool.  She said to her fansite Gagadaily.com: "I’ve already written the first single for the new album and I promise you, that this album is the greatest of my career. It is the anthem for our generation.   "I wrote it for you because of you, when I was in Liverpool, I wrote the greatest music I’ve ever written."  Photo: Fame Pictures