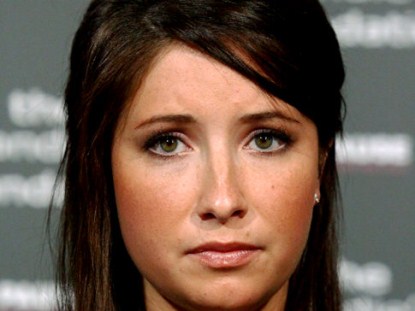 Things have gotten ridiculous – okay not everybody thinks Bristol Palin deserves her spot in the final at DWTS but terrorism?  No Way!  Yet some looney thought that sending Bristol a fan letter full of white powder looking dangerous was the way to express their dislike of the dancing Grizzly cub.  As it turns out it was simply talcum powder which might not even be illegal to send to someone but the intent counts here.

A rep for the FBI tells TMZ … “The L.A.P.D., L.A. City and FBI Hazardous Materials officials responded to a report of a threatening letter containing white powder received at CBS Studios in Los Angeles.    A rep for ABC says the substance was determined to be talcum powder by the LAFD and adds, “Measures were taken to secure the area and ensure the safety of personnel.”

In America, we do not tolerate turning to terrorism or scare tactics to get our way or express our opinions.  We vote – and although the voting system has been manipulated to grossly misrepresent Bristol’s popularity it is still only a silly TV show about dancing!  Let’s not turn into one of those backward nations where they murder each other over soccer games and elections.

I mean really, so what if Bristol wins DWTS?  We all know she didn’t deserve it and so does she.