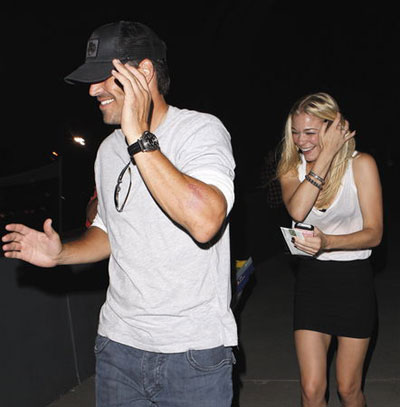 LeAnn Rimes and Eddie Cibrian are reportedly engaged to be married, after issuing a denial on Twitter when a Halloween photo surfaced of him proposing to her.

A source said that even though the proposal didn’t happen on Halloween, the happy couple are engaged. A source close to the actor confirmed the news, according to E-Online.

Last weekend, Eddie tweeted this photo with the caption, “I couldn’t resist…” 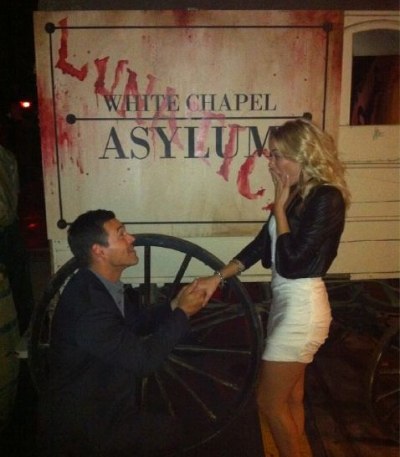 Then, a source said, “They are not engaged. It was just part of the Halloween fun.”

Now, we’re hearing that afterward, he did, in fact, pop the question. I’m sure that’s the reason behind Eddie’s ex-wife, Brandi Glanville, wanting to have a sit down talk with LeAnn. It’s good that she can get over the fact that LeAnn stole her husband from her, for the sake of their kids.