Leave It To Beaver’s Mom Passes Away

BY Robyn Good on October 16, 2010 | Comments: one comment
Related : Uncategorized 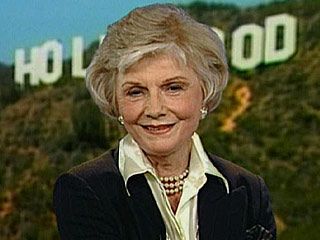 Barbara Billingsley, most is famous for her potrayal of June Cleaver on Leave It To Beaver, has died today [10.16.10] at age 94.   Her own two sons said she was pretty much the image of June Cleaver in real life, although she disagreed.    She did acknowledge that she may have become more like June as the series progressed.

Jerry Mathers, who played The Beaver on “Leave It to Beaver” said about her passing:

“I am deeply saddened by the loss of my dear friend and lifetime mentor Barbara Billingsley. She will live in the hearts of her fans as a wonderful actress and be remembered by her friends as a gracious lady. Barbara was a patient advisor and teacher. She helped me along this challenging journey through life by showing me the importance of manners, and respect for others. She will be deeply missed by all of her family, friends, fans and most especially by me.”

Barbara married physician Bill Mortenson in 1959 and they remained wed until his death in 1981.  She is survived by her sons, three stepchildren and numerous grandchildren.