Leslie Nielsen Passes Away At 84 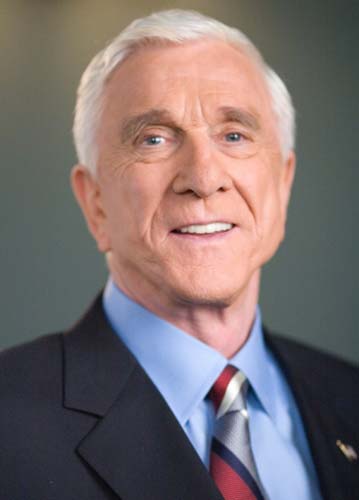 Canadian actor star of Airplane! and the Naked Gun series Leslie Nielsen passed away today.  Leslie was 84 years old.   Born in Regina, Mr. Neilsen spent part of his childhood in the Northwest Territories where his father was stationed as a member of the Royal Canadian Mounted Police.  The 1980 film Airplane! was a breakout hit for the actor, who played a doctor aboard a flight overcome by food poisoning.

TMZ reports: Legendary funny man Leslie Nielsen died today of complications of pneumonia in a hospital near his home in Fort Lauderdale, this according to his agent. He was 84.   His agent tells TMZ Nielsen passed surrounded by his wife and friends at about 5:34 PM ET.

Sad news to hear he was a great actor. R.I.P. Leslie!