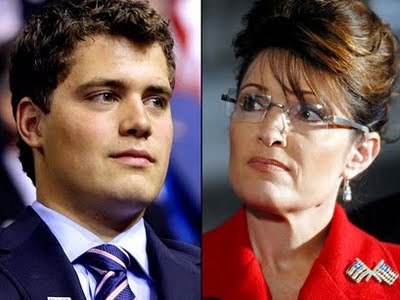 This news is just on the tail end of Sarah Palin’s statement that she would run for the Presidency of the U.S. if no one else does. Bristol Palin’s baby’s father, Levi Johnston, is just not buying her ability (or lack thereof) to run the country.

Sarah is obviously going to try and run for President of the United States in 2012, it’s inevitable. But, it’s good to know that there are some people who aren’t buying into her BS.

Levi hasn’t been the bastion of good behavior, either, but he has a point. She is completely unqualified to be the Commander In Chief. At best, she shouldn’t be allowed to run a local book store. Ha.

Of Sarah’s “if no one else will do it” quote, Levi said, “That makes no sense because someone always runs for President”, adding, “Sarah wouldn’t go through with a campaign even if she was nominated.”

As a U.S. citizen, I can hope that one day we’ll have a woman in the White House, I just hope it’s not her.

What do you think? Would you vote for Sarah if she ran for President???