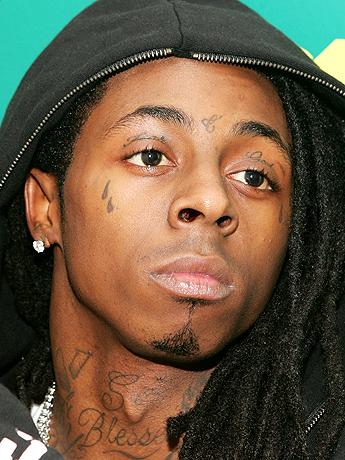 Looks like Lil Wayne is a biggie in the child production department!  Another foundling has found its father – this time while he was in Rykers!  It seems the child’s granny demanded DNA testing of Wayne in order to prove that he is the father.  Because Wayne was inside while he was served the judge has extended to Dec 9 the date for his response.

Weezy — who’s already fathered 4 kids that he’s aware of — allegedly sired another child back in 2002 … According to the legal papers, obtained by TMZ, Weezy was supposed to get tested before September 10, 2010 … but since he was behind bars at the time he got the letter (dated August 20), the judge pushed the deadline to December 9.

It is difficult to imagine any women sleeping Lil Wayne ughhh….. Note to Lil Wayne – BUY CONDOMS and you would not having women suing you!  Meanwhile since being released from prison Wayne returned to the studio Monday night, according to multiple Twitter messages to start recording again.