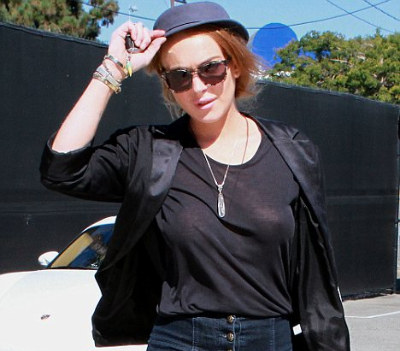 In an effort to sway Judge Elden Fox in her direction, Lindsay Lohan has decided to attend Alcoholics Anonymous classes. I guess it’s not so anonymous now, eh?

In our recent revelation that Lindsay has tested positive for cocaine and other possible drugs, Lindsay has already completed step one in her battle with addiction. She has admitted that she has a problem.

Just Friday night, TMZ reports that Lindsay attended an AA class, in preparation for the inevitable hearing next week, which is likely to be followed with jail time for the actress.

Reportedly, she’ll also attend another AA class today. How many classes and steps (out of the 12 total steps in the program) can she squeeze in between her failed drug tests and court appearance?