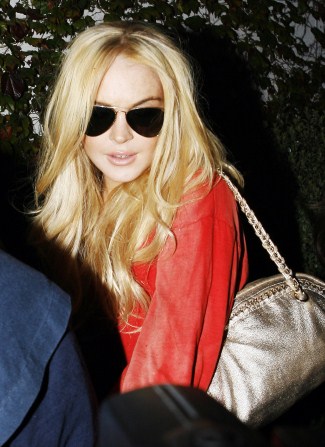 Lindsay Lohan has been accused of premeditated fraud by upmarket Los Angeles boutique Tough as Nails, who claim she racked up a bill of $17,060.83 between November 2009 and February of this year, but never paid.   According to the suit – which is to be filed in Los Angeles County Superior Court – the ‘Mean Girls’ star promised the store owners her business manager would pay the bill, but just $180 of the total was paid off.

The documents allege Lindsay "had no intention of causing her business manager to pay the entire balance."   Gossip website TMZ reports that the boutique owners relied on the 23-year-old star’s "well known status as a movie actress with substantial income" in not making her pay immediately.   The owners are seeking $16,880.63 from the actress, which includes interest on the original sum – which has been discounted by a reported 20 per cent – and punitive damages.

Meanwhile, it has been claimed that Lindsay’s assistant Elinore – who walked out on the star last month after tiring of the actress’ erratic behaviour – returned to work a week ago.   After she quit her job, which she had held for just a few months, a friend of Elinore said: “Lindsay met Elinore through a mutual friend and she began spending more and more time at Lindsay’s apartment. She was still paying rent on her own place but essentially was living at Lindsay’s.   "After a few months, Lindsay’s up and down moods and her 24/7 demands just got to be too much. Lindsay can be really bossy and mean when she doesn’t get her own way and Elinore wasn’t even getting paid some of the time."