Lindsay Lohan Is Scared Of Going Back To Jail 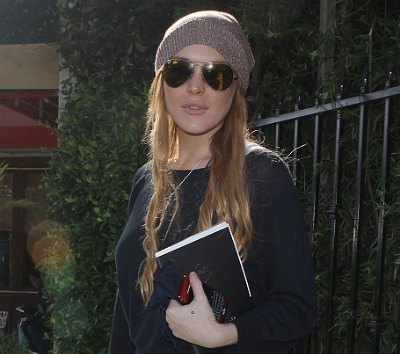 Lindsay Lohan is scared of going back to jail. All together now: Awwww poor baby!

She recently failed two drug tests, one for cocaine, and the other for amphetamines. She’s set to appear in court tomorrow in front of Judge Elden Fox. Since failing the tests, she has tweeted that she is taking full responsibility for her actions.

An inside snitch said, “She’s scared she might have to go back to jail. This is a wake up call for her in a way. In the past, she dismissed everything, never took it seriously and now she’s like, ‘Oh, something bad could happen.’ Her true friends are actually happy this is happening. They never knew what it would take for Lindsay to listen. This might be it. But still, the attitude of some of her friends is, ‘Oh no, not again.’ It never ends with her.”

According to reports, Lindsay could have to sit in jail for a whopping 30 days while the judge schedules a probation violation hearing.