Lindsay Lohan Says “No Way, Samantha Ronson Did Not Hit Me”! 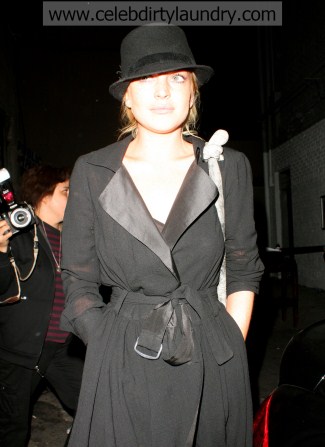 The 23-year-old actress took to micro-blogging website twitter to blast suggestions her on/off girlfriend has ever been abusive to her.   She tweeted: “This is become a bit much*Samantha R never raised a hand to me, I’ve never said she did* Enough is Enough. Focus on other more important… World issues (sic).”  Samantha, 32, then thanked Lindsay for refuting the claims.

She wrote on twitter: “Thank you for clearing that up. The high road was giving me a nose bleed!   “To ANYONE who perpetuates this rumour accusing me of being violently abusive after Lindsay has denied it: I WILL take legal action. (sic).”  Lindsay and Samantha had a difficult relationship while they were dating, and were often seen fighting and arguing in public before their break-up in April 2009.   Photo: Fame Pictures