Lindsay Lohan Thinks Her Dad Is “Nuts” & Should Be In Rehab 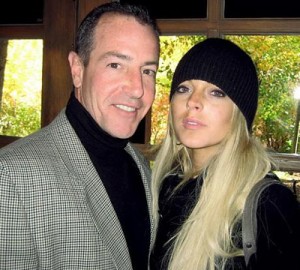 Lindsay Lohan the ‘Mean Girls’ actress has blasted Michael Lohan’s claims that she needs to seek help for alleged problems with substance abuse, insisting he only speaks out about her because he is desperate for attention.

She said: “I’m not really speaking to him. Him saying those things is the last thing that’s going to get me to speak to him and I’ve told him that.   “He’s nuts. He is someone who is crying out for help and attention. He is the one who should be in rehab. He has been on and off like this my whole life.  “The real issue here? I don’t condone that he has never paid child support. He has never stepped up. It’s not fair, my mom has been such a great mother and has done such a great job raising us.”

Despite her unhappiness with her father’s behaviour, Lindsay insists she is “grateful” to him because he brought her family – including her mother Dina, sister Ali and brothers Michael Jr. and Cody – closer together.   She added to Britain’s OK! magazine: “I’m very tight with my siblings and mom and my grandmother, so I’m lucky.   “In a way, I’m grateful for how he has behaved, because it’s brought us closer together. We’re very protective of each other.”