Lindsay Lohan To Have A VMAs Cameo? 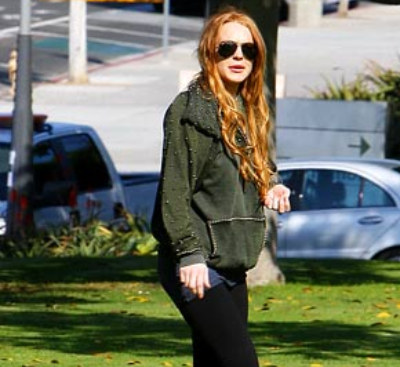 After going through jail and rehab, Lindsay Lohan is really trying to get her life back together. So much, in fact, that she feels that doing a cameo in the 2010 MTV Video Music Awards tonight will change her public image.

It would mark her first return to the public eye since getting sprung from the pokey on August 2nd. Also, it would be good PR for her to show up on stage, crack a joke at her own expense and get everyone chuckling.

According to reports, Lindsay was seem at the Nokia Theatre on Friday, during VMA rehearsals. This has prompted speculation that she’s set to make an on-stage cameo.

This info has yet to be confirmed, so stay tuned to MTV later to see if she makes fun of herself there. That would be epic.